The world’s most powerful combat helicopters are at your fingertips. Become a helicopter pilot and engage in combat missions across the world. Select from a variety of rotary and fixed-wing VTOL aircraft to complete your missions.

GUNSHIP BATTLE is a helicopter action game that combines stunning 3D graphics with flight control simulation and engaging military scenarios to pull you into an immersive combat experience the moment you start the game. 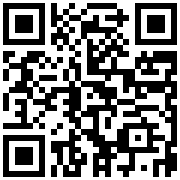