You are Caesar, mighty leader of the Roman republic, your objective is to defeat other civilizations in ancient Europe with an army made-up of roman soldiers, siege weapons, heroes and barbarian mercenaries. Be ready for War!

Turn a small republic in the heart of the Italian peninsula into the greatest civilization the world has ever seen. Lead a bunch of weak peasants into the fierceness of battle to turn them into invincible warriors! 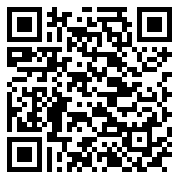