Grim Soul is a free-to-play dark fantasy survival MMORPG. A once-prosperous Imperial province, the Plaguelands are now covered in fear and darkness. Its inhabitants have turned into endlessly wandering souls. Your goal is to survive as long as you can in this dangerous land. Collect resources, build a fortress, defend yourself from enemies, and survive combat with zombie-knights and other monsters in this new Souls-like game! 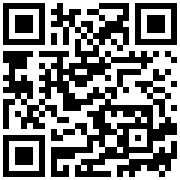