After their previous demise, the Food Invaders have sworn to take revenge on Garfield! They have amassed an even bigger army that would stop at nothing to take all of Earth’s remaining food. As if Garfield would let that happen! 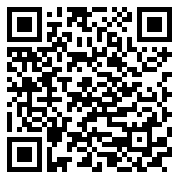