The second part of “Game Royale 2” picks up the story where we left it in the first part. Take on the role of moderator Jan Böhmermann, who wakes up on a lonely South Sea island without any memory of previous events. Until you can search for help, you will fight for survival there. In a parallel action, you control the popular sidekicks William Cohn, who has made it his personal mission to find his missing friend. Also the Beefträger aka Florentin Will, Ralf Kabelka and Larissa Paris aka Larissa Rieß are back in the second part of the Game Royale. 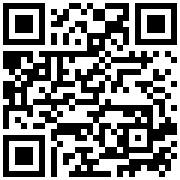