Welcome to one of the best football games out there! Underworld Football Manager, THE REAL WORLD FOOTBALL MANAGER!

Manage your team like they do RUSSIA, ITALY, ENGLAND, GERMANY, FRANCE, SPAIN, AND SOUTH AMERICA.

Join more than 10 MILLION other players from around the world in building your FOOTBALL EMPIRE by bribing, attacking, and vandalizing your opponents. 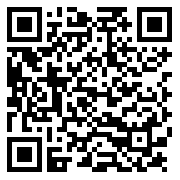