Until now, we were used to music games in which we had to follow the rhythm of the music of certain songs playing the notes of the latter, tapping different keys or buttons that appeared on the screen of our smartphone or tablet just like in the classic Piano Tiles or Guitar Hero.

FaceDance Challenge! takes this concept a step further: instead of pressing the screen of our phone at the precise moment, in this Android app we’ll have to imitate the faces and smiles of the emoticons that appear on our screen. The application makes use of facial recognition to check that we’ve pulled the right face to play each note.

Just download and install the APK from Google Play, choose a song from the list and configure the facial detection by means of the front camera of your mobile phone. Once calibrated, smileys and emojis will start appearing on your screen and you’ll have to try to imitate those gestures to the rhythm of the music so that the app counts them as valid notes.

As the speed of the song grows you’ll find yourself in the middle of a true face dance pulling funny faces as if you were Jim Carrey. From there on, try to beat your own record and lead the world player classification. 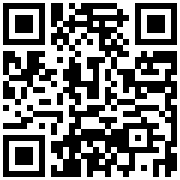