Join now with your friends in the greatest RTS game of all time now on mobile devices, Evony: The King’s Return! Build your cities, train your troops, expand your empire and conquer the City of Thrones to become the King! 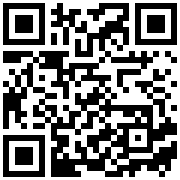