Your Excellency, Commander! Welcome to the 18th century, the Age of Napoleon. It’s an entirely new gaming mode, adding general skills and a new item system, and there are more than 200 famous generals to choose including『Napoleon, Murat, Wellington, Nelson, Kutuzov, Washington and so on.

Every general can come up from ranks, from a common soldier to a marshal, from a citizen to an Emperor.

Every troop has its own distinguishing features and if you can master them efficiently, you will be invincible. Every troop can gain battle experience and when they become elite forces, their battle effectiveness will be greatly improved.

The map system is entirely redesigned which supports seamless zooming and the territory and borders of each nation is shown clearly. Besides using strategy to beat the enemies, you can also purchase items in shops, hire generals in taverns and exchange supplies in markets. 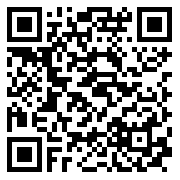