Eternium is an amazingly fun and beautifully crafted Action RPG, reminiscent of the great classics.

Eternium stands out from other mobile Action RPGs by its effortless “tap to move” and innovative “swipe to cast” controls, and its player-friendly “no paywalls, never pay to win” philosophy.

With the exception of a couple of online-only features, the game can also be played offline after the content download completes.

Drawing signs to cast spells is easy and rewarding. The tap-to-move control is more natural and relaxing than thumbsticks, and it’s also truer to the vintage point-and-click Action RPG experience.

The game can be really played for free, as more than 90% of our players do. Purchases are completely optional. Gems, the game’s main currency, can be collected from enemies and quests. There is no limiting stamina or energy. The best things in the game are obtained by playing, not paying.

As of fall 2017, major new features are in advanced stages of development, including real-time multiplayer, town portal, and a fourth world.

Play as a Mage, Warrior or Bounty Hunter, wielding a sword, axe, staff or gun. Level up to learn new abilities and increase your attributes.

Venture into dark caves and dungeons, explore forests, villages and graveyards, lay siege to demon controlled castles, brave snowy mountain peaks, travel to the moon to slay strange creatures among craters and canyons, and beyond, to the deserts, pyramids and jungles of the red planet. 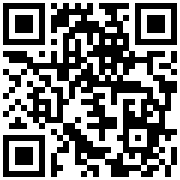