Welcome to Empires & Allies: The critically acclaimed modern-military combat strategy game. Deploy modern military troops and vehicles in a global war against terrorist forces. Plan your approach, evolve your battle strategy and equip and train your army to fight the enemy.

Team up with friends and players from around the world to form an alliance. Share troops and resources to gain the upper hand in epic PvP battles and alliance wars in a battle for global domination. 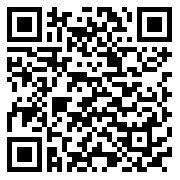