“Dust and Salt: The Battle for Murk Gamebook” is an interactive adventure and narrative – a gamebook (in the traditions of “Choose Your Own Adventure” and “Fighting Fantasy” series). It tells YOUR story in which you are the HERO!

From the creator of Dust and Salt comes the next tale from its world – The Battle for Murk – an interactive narrative set in a low-powered, gritty medieval world. Play as Corporal Mandrake from the City Watch in a fantasy adventure game. Collect evidence and uncover the truth in time to save your hometown from falling into the enemy’s hands.

The city of Murk is under siege by a cruel barbaric leader. On his night patrol, Corporal Mandrake from the City Watch stumbles upon a treacherous conspiracy that seeks to open the city gates for the usurper. Mandrake and his patrol partner have until dawn to uncover the truth and prevent the conspirators’ plan.

Explore temple dungeons, rowdy taverns, shady allies, and more. Obtain information from suspects or catch their lies by using your wits. Uncover the truth in a plot full of deception.

The game consists of a story text and a city map. On the map you can choose to travel to different locations while the story text builds around the constant choices you have to make. Enjoy the vivid writings of the author Sycamore Bright. 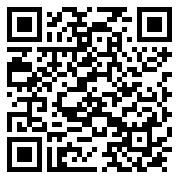