Battle to be the Boss in this turn based, strategy RPG! Collect and build teams of powerful fantasy heroes, upgrade their unique abilities to battle epic bosses, and defend your Dungeon from raids! 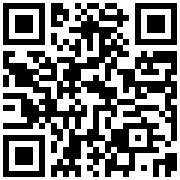