Dub is an OFFLINE music player! You don’t have to be connected to the internet to enjoy downloaded songs or soundtracks in your phone’s music library. 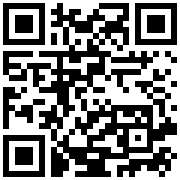