Push the big red button and DESTROY THE WORLD, then profit from the destruction!

You’ve spent years developing the technology to withstand the total destruction of the earth’s surface, and Doomsday survivors will have no choice but to turn to YOU—their rescuer, their benefactor, their SUPREME LEADER! Tap the buttons to build your underground shelter, then tap some more to expand it with luxurious rooms and upgrades. The bigger your bunker, the more people you hold, and the more coins you make. Keep tapping and watch as your profits grow to greater and more outrageous extremes!

Doomsday Clicker is filled with crazy characters and who warm your heart, right before you destroy them all. It’s the ultimate game of construction and destruction! 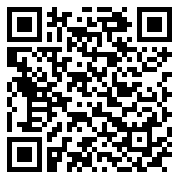