You will be in a chaotic desert era, with sudden and intense earthquake exposing countless huge gaps on the earth, and unheard-of creatures indiscriminately attacking existing creatures. Wake up after a coma in an earthquake, you will face hunger, thirst, beasts of beasts and monsters. It is an undead bone in the yellow sand, or it is the master of this field, which takes time to verify.

Making weapons and protective gear can boost your combat effectiveness. Consolidate the station to defend against sandstorms and monster attacks. A workbench can be built to produce the necessary resources and items.

Grab the precious spoils from the enemy’s territory, find rich transportation materials, and trade with the sly merchants.

The more dangerous the place, the more often it means the richer spoils. A shipwreck filled with mysterious power, a hidden research institute, a woodland surrounded by storms… 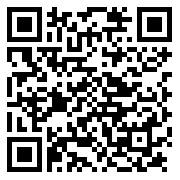