A zombie horror shooter (FPS) game in which you battle zombies. Recruit squad members(NPC) who will battle on their own, and experience the battle with the zombies using various weapons. 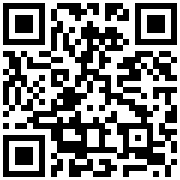