YOU CAN’T SAVE THE WORLD ALONE – Join your favorite Justice League heroes and villains in epic RPG combat.

Recruit Justice League heroes like Batman, Superman, The Flash, Wonder Woman and more in the ultimate DC experience. Join dynamic PvP battles and form alliances to clash against rival teams as you fight your way across the galaxy. Empower your heroes with epic super power attacks, improve their stats and upgrade gear as you gain experience. The future of your team is in your hand – use strategy and wit to dominate your opponent, defeat enemies in battles, and save the future of the galaxy. UNITE your favorite Justice League heroes and join the battle today! 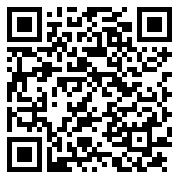