Become a Legendary Hero and explore a vast world of fantasy adventure in Dash Quest Heroes! The Kingdom of Solas has fallen prey to the fiendish Zaru and it’s up to the Heroes of the world to defeat him. Collect incredible gear and forge new items as you set out on a journey through rolling hills, cryptic caves, shrouded forests and more! Only the mightiest of Heroes will become legend. 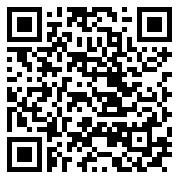