Cube Knight : Battle of Camelot is the best casual action game going. It surpasses the fun of the standard hack & slash genre.

Become one of the legendary Knights of the Round Table and embark on an adventure for the Holy Grail. Play as various hero classes including lancer, bowman, knight, fairy and witch. King Arthur’s Excalibur, Lancelot’s Arondight, Gawain’s Gallatin… Which one of these is the ultimate artifact? It all depends on the steps you take in your adventure.

You can now enjoy the legend of King Arthur the Ruler of Avalon in voxel (3D pixels). Cube Knight: battle of Camelot will become the most successful voxel (3D pixel) game. You can play the game offline without an internet connection. Now, strike out on a journey to the legendary kingdom in search of the Holy Grail. 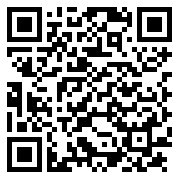