It’s time to create some Chaos! Command the most iconic characters that span the ages to introduce your opponents to a world of hurt in Chaos Battle League!

In this fast paced, real-time, multiplayer smackdown, you’ll collect and upgrade tons of Characters, Defenses and Abilities from across history and legend. Defeat your adversaries to climb the leaderboard, and earn amazing rewards. Join a Guild to trade cards and complete quests together to advance your Guild and unlock perks that benefit everyone! 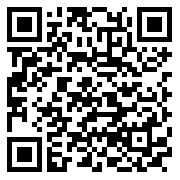