This is an early access release. We will be creating and releasing additional content over the next several months. Please enjoy and give us your feedback!

Card Crusade is a roguelike deck building game inspired by Pixel Dungeon and Slay the Spire. Unlock eight different character classes as you explore the ten floors of a winding dungeon. Assemble your experiment to unleash unstoppable combos on your enemies. Fight monsters, gain experience, and level up your character to defeat the final boss and become the Card Crusader! 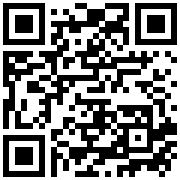