Racing is always an exciting action. There are adrenaline, excitement, and speed. What could be better than fighting against rivals in a dynamic race on the highway? Legendary car games are coming back! Initiative team of developers, who created car games Car Eats Car and Car Eats Car 2, presents the new free 3D part of action arcade. Young racer has to drive uphill and downhill, fight against police and civil vehicles, climb the mountain, like real climbers and conquer the road. What is more, it works in offline mode, so you could enjoy it whenever you want. 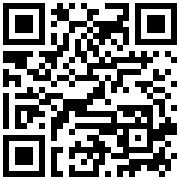