In the latest installment of one of the web’s most popular games, Burrito Bison teams up with new friends: Pineapple Spank and El Pollo to bounce, crack, eat cake, smack, fly, and soar through the skies to fend off the invasion of gummies!

Stolen by an evil chef, Burrito Bison seeks out his cookbook to take back with him to make the finest salsa in the world.

So strap on your rocket belt, and launch your way to glory! 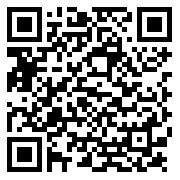