Army Men Strike is the strategy game that puts you in command of a miniature green army. Take toy soldiers through tower defense battles in your house, using real time strategy and tactics to win the little World War.

Time can change many things, but not your childhood. Travel back to your youth, gather your green army men and continue your unfinished adventure in this real time strategy game.

Lead your green army soldiers, remote-control planes, rubber ducks, transformers and many other toys in RTS combat. Defend your bedroom, hallway, living room and backyard against the invasion of the Evil Legion and put your strategy to the test! 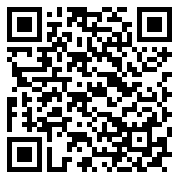