Download Armored Warfare: Assault and challenge tank operators from all over the world! Huge diversity of modern vehicles, dozens of armament types, crew members with unique talents, and battlefields you will remember! 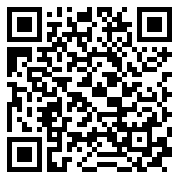