Arcane Legends is the best fantasy action RPG and MMORPG game on mobile, perfect for both tablets and phones! Adventure through dungeons in this MMO and fight bosses, find loot, join guilds and collect pets. Explore a breathtaking 3D world with friends in this massive award-winning game from Spacetime Studios. Build your character and quest alongside thousands of other players online and synchronously in real time. Your quests will take you and your friends through castles, forests, and dungeons as you fight dragons, orcs, and other evil forces attempting to destroy the kingdom of Arlor. 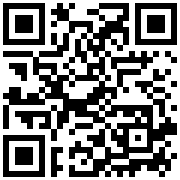