Play a game for WARRIORS, None of that Cartoon Nonsense! Stunning battle ANIMATIONS and TACTICAL combat! RPG ADVENTURE, never seen before in any STRATEGY game! 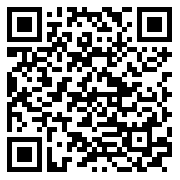