An electromagnetic pulse has changed everything. The balance of power is unstable. World leaders are deploying elite squads It is time for war.Restore peace or ignite the largest conflict war in history! Prepare your squad team and battlefield shooters!

Its impressive battlefield graphics make this third-person shooter one of the most wanted elite squad action and strategy multiplayer MMORPG.

Personalize your headgear, full body armor, shotgun and equipment, grenades and other advanced army assault machine guns and choose the proper sniper soldier weapon for the mission depending on its damage, rate of fire, accuracy, ammo or reload! Create your elite army!

Over 200 unique weapons, that evolve into over 1200 to choose from! Choose your own FPS shooting style according to your combat army strategy in the battlefield: Handgun, Shotgun, Assault, SMG, LMG, Sniper, Rockets… or combine them for a greater damage!

Customize FPS MMORPG controls during the conflict combat! Practice your army skills shooting and aiming with a different weapon playing as a hero sniper or fighting as gun man against every army enemy assault!

Battle and fight against your friends and other players in this action multiplayer third-person shooter! 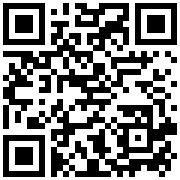